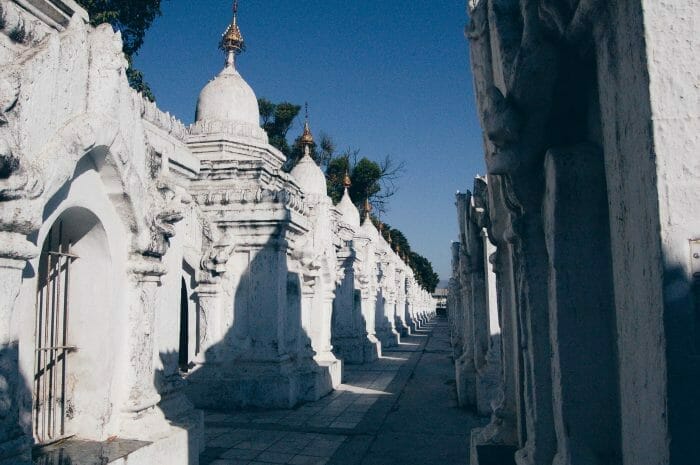 Mandalay is my favourite city in Myanmar. People always say to skip Mandalay and head straight to Yangon, Inle, or Bagan, but there’s something so special about this city that’s often overlooked. Here’s my guide to 2 days in Mandalay, including my favourite Mandalay attractions.

Here’s a recap of what we did!

We arrived in Mandalay at around 7:40 am after “sleeping” on the night train, then walked to our guest house.

We stayed at the Nylon Hotel, which I highly recommend. The staff is incredibly helpful and can help you book taxis, tickets, and transportation to your next destination. The rooms were clean and much nicer than I had anticipated. There were also Western toilets and a clean (warm) shower! Mind you, I’m traveling with my mother this round, so we aren’t on a strict backpacker budget. This hotel is about SGD $30 per night – expensive for our liking, but still so affordable!

Mandalay is a huge grid layout city. It’s relatively easy to navigate (we used the app Maps.Me for wifi-less directions). This is an app that I highly recommend, and it was proven to be incredibly useful in Myanmar.

We spent the first day wandering around Mandalay. We bought our boat tickets to Bagan and strolled around the Royal Palace’s moat. I have to admit, initially, I wasn’t too impressed. But the city itself isn’t what I fell in love with in Mandalay. It’s what’s just outside of Mandalay that’s breathtaking.

U-Bein Bridge is a touristy attraction, but it’s totally worth the hype. It’s the longest teak footbridge in the world, coming in at 1.2 kilometres (uh wow!)

It’s well known for the pretty sunset view. With sunsets, of course, you can expect some crowds, but it truly is a stunning place to watch the sun disappear behind the water.

You can rent boats to take you into the water to watch the sunset, but personally, I thought going down the stairs to the water bank was great, as you could photograph the boats in the water as well as the sunset and bridge.

Cross U-Bein bridge and you’ll find yourself in a little village, which is home to some beautiful temples/pagodas.

I would leave Mandalay by 15:30 so you have some time to walk across the bridge and explore, then see the sunset.

The next day, we walked to the Royal Palace. There is a foreigners’ entrance that is much further than the local one, so be mindful to go to the right entrance! We walked to the moat, then took a rickshaw to the foreigners’ gate.

The Royal Palace requires a ticket, which you can buy at the foreigners’ gate. The ticket will also get you into other Mandalay attractions (more on that later).

Definitely spend some time wandering around the grounds, and if you’re able to, climb up the tower. There’s a great view of the palace from the top. This was beautiful and definitely worth a visit.

From the Palace, our next stop was Shwenandaw Kyaung, a teak temple. It was initially in the Royal Palace, but moved piece by piece outside, as the King didn’t like the spirits inside the temple. This is one stunning temple. I loved the teak and it felt so unique from everything else I’d seen. The carvings were intricate and I fell in love with it.

You can use your Royal Palace ticket to enter this, as well as the white temple right next to it.

The white temple is big and vast; totally recommend heading into it.

We walked through some local streets to our next destination, avoiding the main roads, to Kuthodaw Paya.

Kuthodaw Paya is the temple that houses the worlds biggest book. We wandered around its grounds. This temple is spectacular. I sound like a broken record saying this about literally every temple in Mandalay, but they are all special, different from each other, and incredible.

If you’re in Mandalay, you must go up to Mandalay Hill. We took the Southern Route, which takes you from Pagoda to Pagoda up the hill, so you’re never really bored on the walk up. This is 1729 steps, all barefoot. Again, you don’t even notice how high you’re walking because there’s always a new pagoda to surprise you.

The steps are totally worth it though, as the temple at the top of the hill is absolutely stunning. We went during sunset, a super touristy time. If you arrive a little earlier, like we did, you’ll have the temple mainly to yourselves. This doesn’t last though – it’s a popular sunset spot, and for good reason! This was one of the highlights of our trip to sure.

Where to Eat in Mandalay

I have never had a problem finding food in Southeast Asia. For those of you who know me, you know my love for food! However, in Myanmar, I found it a bit difficult to come across food.

If you’re looking for food, Mandalay’s 27th street is where to go. There are plenty of restaurants along this road, most of which looked amazing. If you stay at Nylon Hotel, there is a restaurant called Mann which is very close by. Although at busy times, you can wait up to an hour for food, the restaurant is cheap, yummy, and a really wonderful mix of locals and tourists.

If you’re looking for a place to splurge at, check out the Green Elephant! It’s a touristy restaurant with great wifi and yummy food 🙂

Mandalay turned out to be one of my favourite places in Myanmar- after getting out of the city and seeing the beauties this place has to offer! Please please PLEASE do not listen to those who tell you to skip Mandalay and head straight for Bagan and Inle. While those places are also beautiful, Mandalay stole my heart and is the place I miss in Myanmar most.

Unexpected Occurrence now has a Facebook page! Give it a like for blog updates, travel inspiration, and behind the blog moments! 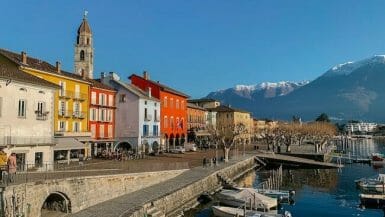