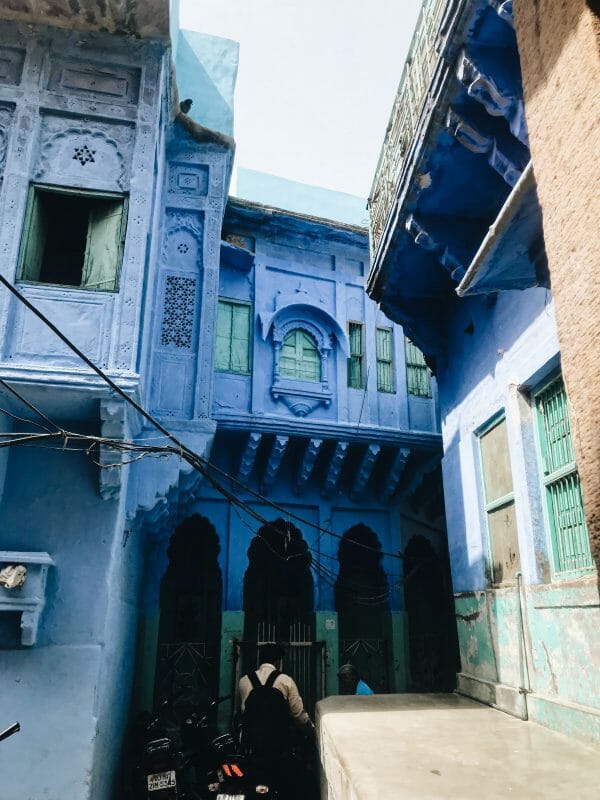 Where to Find the Blue City in Jodhpur

You’d think that in a city nicknamed “The Blue City,” the blue city would be easy to find. Nope! Here’s where to find the blue city, and tonnes of photos of the magic inside it!

In a city nicknamed “The Blue City,” you’d think the whole city would be full of blue hues. It’s not. This caught me off guard, and while it was easy to spot a couple of blue walls here and there, I wanted to find the spot that gave Jodhpur its nickname.

Here’s where to find the blue city in Jodhpur.

A Not So Great Start

At first, I was unimpressed with Jodhpur, but I quickly grew to appreciate it. I think that’s because every city in India, and even Rajasthan, is so different. I’ve learned to let go of expectations because there’s so much that you don’t see online, in Instagrams, and even in guidebooks. Each city is so complex and completely its own!

We walked up to the fort (Mehrangarh Fort), but instead of going inside, we walked on the road around the fort to the other side of it. It’s a long walk when it’s over 45 degrees Celsius out, but you get to see a more local part of Jodhpur. That being said, I didn’t feel that Jodhpur was overly touristy. It felt very real and raw and it was nice to get away from constant touting.

Walk around the other side of the fort, about 10 minutes past the desert rock park, you’ll come to a fork in the road. If you go left, you’ll be able to find a whole neighbourhood of blue houses and alleyways. THIS is the blue city I imagined. It’s beautiful!

I’ve never been one to travel somewhere only to stay in the hotel room all day, but it was very hot and our guesthouse was actually what made me realise I was really enjoying Jodhpur so much. We stayed at The Jodhpur Heritage Haveli Guesthouse, where the rooms were spacious and beautiful! The highlight was definitely the rooftop restaurant; looking directly at Mehrangarh Fort and the city below while eating was so lovely! Definitely eat the ker sangri if you’re here; it’s a Rajasthani dish that you can only get in the desert and it’s absolutely divine!

If you’re in Jodhpur, I’d only stay 2 nights- I feel like any more than that would be overkill, and there’s so much more in Rajasthan to see! 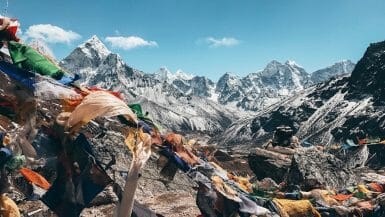 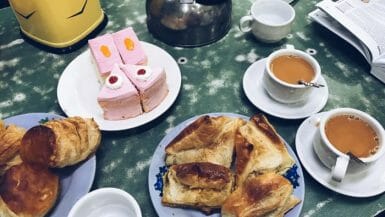