How To Meet People When Travelling Solo

Travelling solo is absolutely incredible, but I know it can be scary, especially when it comes to meeting people! I’ve travelled solo loads and made some incredible friends. Here are my top tips.

As daunting as it may seem, traveling solo is not scary! You may or may not have read my last post, but if that sparked any interest in traveling alone, I say go for it!

Travelling alone, however, does not mean being lonely, and it took me a while to figure out how to meet other travellers without sounding creepy or over-eager or whatever I was worried about, but I’ve figured it out and thought I’d share since recently, people have been asking me about travelling alone.

I don’t really understand why people are so apprehensive to stay in a dorm, as I’ve always been drawn to them. I’ve found that it’s incredibly easy to meet people in hostels, as travel is the common link between you and everyone else there.

It’s easy to ask anyone (whether they be in the common area or your room or the kitchen)  their travel story. You know, the classic monologue you’ve come up with explaining where you’re from, where you’re heading, how long you’ve been travelling, etc.

Another thing I like to do is to ask what people are doing in [wherever you are], as their tips will help you figure out what you’d like to do, and this also opens up a door to suggest going somewhere together.

Hostels usually have pub crawls or evening events, and some have tours during the day as well. You’re bound to meet someone on one of those.

Sometimes, you’ll get really lucky and be put into a room with lovely people. In Siem Reap, Jazi and I were put into a room with the two most wonderful girls, Emily and Sarah. They were possibly some of the friendliest people I’d met, and I would’ve never had half the experiences in Siem Reap without them! And in Nepal, a wonderful person I had met at my hostel (hi Dario) and I kept running into each other and ate dinner together, and he might be visiting me in Singapore soon! Yes to hostels! Yes to meeting new people!

A bunch of hostels are linked to different tour groups, and I 100% recommend checking them out. Because of those partnerships, you often get the tour at a discounted price, and it’s also a good way to meet people from all around the area, not just your hostel.

In Vietnam, Gabby and I were on a My Son tour when we met two guys. We started talking about one of the sights (which just so happened to be a man singing the longest note I had ever heard), and then continued the tour together. Taylor and another Israeli man (whose name I cannot remember) were both travelling solo and were the two that first inspired me to travel alone! They had told me that their best adventures were whilst travelling alone, and I 1000% agree.

People are friendlier than you think! If you need to go somewhere or need tips or want to split a box of cookies or WHATEVER, ask people to share!
In Australia, a girl borrowed my phone charger while I was out of the room and I ended up talking to her and loving her and I went out that night with her and her friends.

Another time, a girl asked me if I wanted to cook dinner together, and we spent our overlapping time together.

In Aranyaprathet, right as Jazi and I were going to start driving away in our tuk tuk, two random travellers asked if they could squeeze in for the ride to the border, and they were lovely! One of them even helped Jazi and I get transportation from the Cambodian border to Siem Reap.

In Chiang Mai, I asked two random French guys (hey hey Paul & Henry) if they wanted to share a tuk tuk into the city with me, and we (plus Kyle, whom we met at a restaurant just by saying hi and asking him to join us for lunch) travelled for about a week together.

There are plenty of opportunities to make friends if you just put yourself out there a little bit, which can be scary, but never ends horribly!

At the end of the day, how you meet people doesn’t matter, so go ahead and ask everyone in sight where they’re from or their favourite colour or whatever, really!

In Pai, I literally said, “Hey, how are you?” to a guy I was walking by in my hostel, and I ended up spending the night with him and his lovely friends.

Really, anything works. Just get talking to them. No one really remembers that first question you asked them, but they (and you) will remember all of the experiences you’d shared.

When I first started traveling alone, I was terrified to ask random people random questions, but I did it anyway, and haven’t looked back! I haven’t put myself out there and been completely rejected or scoffed at; I’ve only met the best best best people, some of whom I still keep in touch with (and will see in the future!)

I’m a firm believer in the idea that (most of the time) it’s people who make trips memorable, so go out on a limb and make friends; I promise you won’t regret it. Ever.

ps I was reading through past blog posts, and only now have I realised exactly how many typos/sideways photos there are in them (what you get when blogging through a phone)! Thank you all for kindly ignoring them xx I’ve also noticed I type with way too many exclamation points, but hey, I was very excited about my travels! But yah, big thank you for everyone reading these, much appreciated and much love!

pps I probably will not stop typing with too many exclamation points. 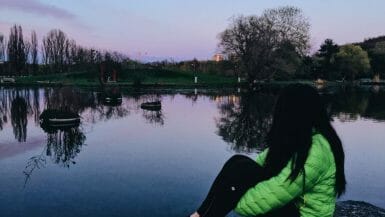 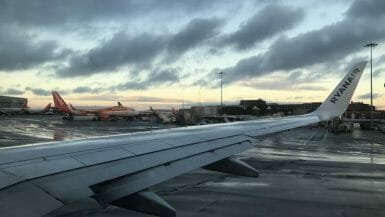 How to Fly Budget Airlines Without Getting F*!?ed Over How To Have A Travel Experience Like No Other: Finding Insider Tips, Cheap Flights, and More!