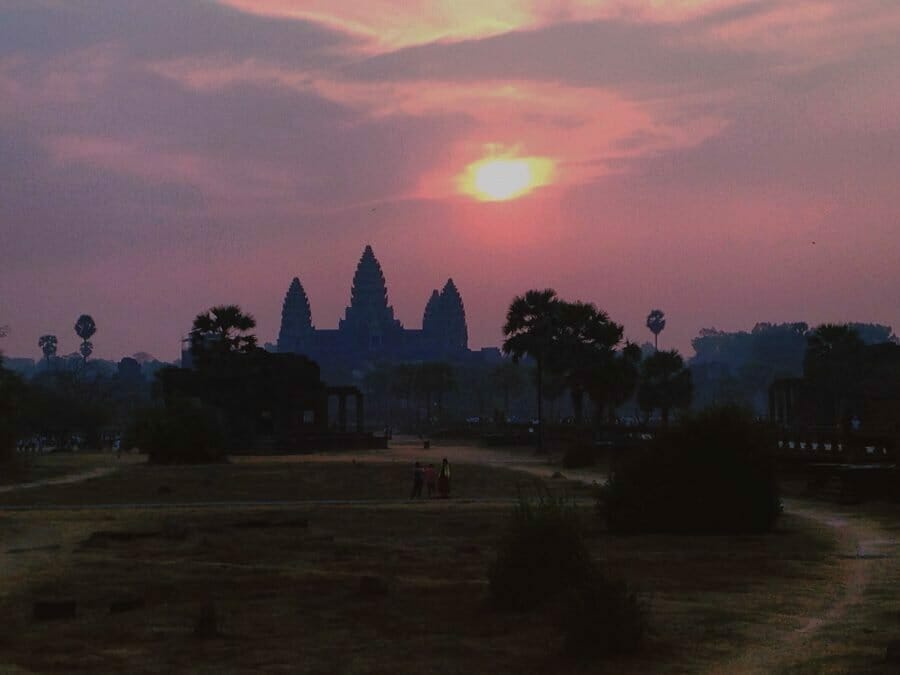 Southeast Asia… There’s nowhere in the world like this crazy little region. There are countless things to do here, and hey, it can be a little overwhelming. Luckily, fellow travel blogger, Isabel, is here to share her top 5 activities Southeast Asia has on offer… and they sound fantastic.

Southeast Asia… There’s nowhere in the world like this crazy little region. There are countless things to do here, and hey, it can be a little overwhelming. Luckily, fellow travel blogger, Isabel, is here to share her top 5 activities Southeast Asia has on offer… and they sound fantastic.

Southeast Asia is a sprawling part of the continent frequented by travellers year-round. It’s understandable – who wouldn’t want to experience the tropical climate and the rich cultures of the countries within it? Here are just five of the things you have to experience when on your Southeast Asian journey.

Hike to the summit of Malaysia’s Mount Kinabalu

It’s said you can see as far as the Philippines when you reach the summit of Mount Kinabalu. Malaysia’s tallest mountain is surprisingly easy to ascend – people can easily do it in a single day if they’re determined enough ­– and the views when you reach the top are absolutely unparalleled.

The mountain sits in a national park that shares its name, surrounded by lush greenery and hot springs at the base which you’ll probably want to soak in once your climb is over. There’s also an abundance of wildlife both upon the mountain and in the park, so if you’re wanting a hike that has it all, this is the one for you.

An underground river sounds like something from another world, but it absolutely exists. It’s hidden on the island of Palawan in the Philippines, recently named best island in the world and commonly visited by tourists for its beautiful beaches and clear waters. But this secluded treasure is perhaps the best thing about it.

Hop on a boat and sail through the cave’s opening to discover a dark yet thriving site, with waterfalls cascading down jagged rock faces and wildlife teeming in the shadows – you’ll have to be fond of bats if you choose to explore it! It’s worth braving regardless, just because of how uniquely charming it is.

You’ll be overcome by Halong Bay’s beauty as soon as it comes into sight. The Vietnam hotspot consists of towering limestone cliffs jutting from serene emerald waters, boats sailing slowly between them to take in the landscape. It’s a sight that can only be seen by water, so get a boat and sail on through.

The limestone karsts that stand magnificently in Halong Bay are topped with flourishing green forests, Cat Ba perhaps being the most famous. It’s the biggest island in the bay, with small hotels lining its shore but its wilderness being untouched beyond the tiny beach town. It’s also a good place to hike if you’re wanting a bit of an adventure.

For some of the best food in the world, head to Bangkok. The Thai capital is renowned for its street food amongst many other traits – street food is popular throughout the entirety of Southeast Asia, but it’s here you’ll find the most delicious examples.

The city topped a Lonely Planet survey for being the best city to visit if you’re a food lover, and it’s easy to see why. Dishes such as boat noodles and curries are commonplace upon stalls, all of which are fragrant and rich in their tastes. Make sure you’re not too overindulgent, though, as 60% of travellers put on at least two kilos on holiday.

It’s the largest religious complex in the world, a fact that makes Angkor Wat magnificent enough. But it’s only when you see it for yourself do you begin to understand its sheer majesty. Even though it has become one of the most frequently visited attractions in the world, its size means that you’ll often find yourself alone.

Being free to explore the many temples here in Angkor Wat is an unforgettable experience. It’ll feel as if time has stood still as you discover the intricate details within the architecture, the Buddhist influences evident throughout. Consider visiting the museum beforehand for some prior knowledge.

Isabel draws energy from being outdoors. 23 and from Singapore, she believes there is nothing more fulfilling than being unplugged. An explorer at heart, the world is her playground. She chronicles her student travel adventures and budget tips on www.belaroundtheworld.com.