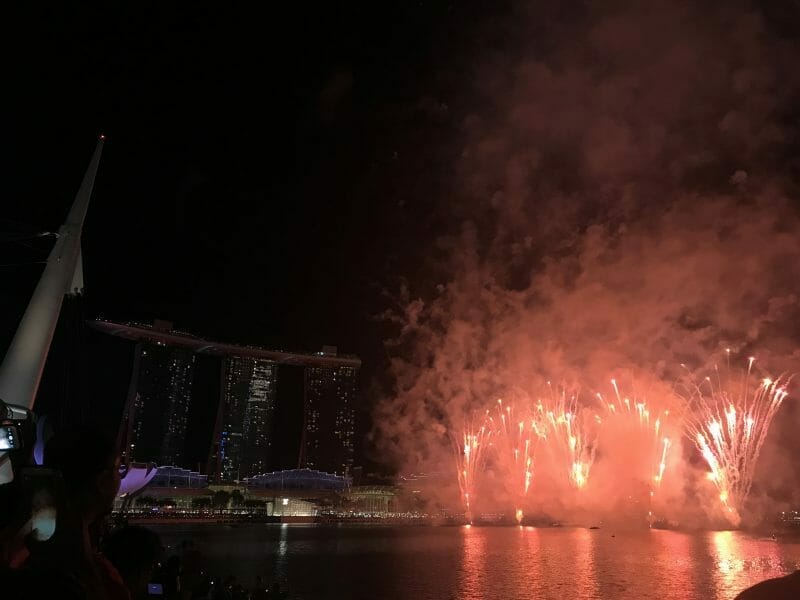 The Best Cities to Visit for New Years Eve

Don’t know where to head this New Years Eve? Four travel blogger share their top picks (and NYC isn’t one of them!).

New Year Eve is always a special time and my favourite place to spend it is St.Petersburg. In Russia New Year is the main public holiday, Orthodox Christmas comes after on 7th of January, New Year here is celebrated like Christmas in other countries; with family, handing presents, big dinner etc. St.Petersburg is beautiful any time of the year but in December it gets its magic touch; streets and buildings are decorated with lights, Christmas trees are everywhere the city, weekend Christmas markets sell all sort of delights, souvenirs and little curiosities. To experience real white New Year Eve go to one of the royal suburb parks to see big snowbanks and frost on trees on a sunny day it looks stunning. Some places have outdoor ice skate rinks where children and adults can rent a pair of skates and master their skills. Children will enjoy playing snowball fight or building a snowman, even adults will find it entertaining. There is a big variety of indoor activities in St.Petersburg December is the time for all theatres and concert halls to show their best performances. The leader here is The Nutcracker this ballet is the most traditional to watch on New Year Eve. Due to our nomadic lifestyle most of New Year Eves I spend somewhere in warm countries but I do miss my cold New Years in St.Petersburg

James, from Worldwide Shopping Guide, shares why Berlin is the place to be.

Germans may have the stereotype of being straight-laced and organised, but not on New Year’s Eve! Yes, New Year’s Eve is the one night of the year when Germans really let loose and enjoy themselves – which is why I think Berlin is one of the best places in the world to ring in the New Year.
New Year’s Eve parties take place all over Berlin, with the largest taking place around Brandenburger Tor in the centre of Berlin. Here, you’ll find live music, fireworks, plenty of German beer, and a crowd that stretches all of the way to Victory Column.
Of course, that’s the official party. All over Berlin you’ll find smaller, unofficial parties happening in the bars and side streets of Berlin. Fireworks are a big part of this: Germans love to set off fireworks by themselves. Although health and safety conscious the rest of the year, the rules tend to slide a little on New Year’s Eve. It’s not uncommon for fireworks to be set off horizontally, and to see crowds of people quickly diving out of the way.
Then there are the doughnuts (Berliners, as they’re known outside of Berlin). Around the New Year it’s traditional for friends to eat jam doughnuts together – one of which contains mustard instead of jam. This is the German sense of fun and humour in action and, if you want to see it, you’ll have to come to Berlin for New Year’s Eve.

Photo by A World to Travel

Inma, from a World to Travel, shares why Edinburgh (my new home!) is a great place to spend NewYears Eve.

A recent study I did on the best destinations around the world to spend NYE helped me navigate my mind around this subject and reinforced the idea I already formed in my mind back in 2013, the year I was lucky enough to attend Hogmanay.
Because Scottish, and particularly the people of Edinburgh do it better and really know how to throw a New Year’s Eve party like no other.
That said, I might or might not be a party girl drawn to festive crowds and music festivals. As a result of that plus my inherent Spanish blood – always putting life before work – I might have attended or not a large number of unique events like this around the world since my teenage years. That should be enough to testify the show this city puts up over the last days of the year is worth living at least once in a lifetime.
Picture the core of the city bustling with people partying, jumping from one stage to the other as 5 bands are usually playing at the same time all over the place, staring at fireworks as midnight approaches, having a blast even when the weather doesn’t help and you will start understanding how much fun it is. And then add popular dances, an ice rink, Christmas markets, a ferris wheel, a torchlight procession on the 30th, a proper music festival on the 31st, the crazy Loony Dook race that ends up swimming in the not so warm waters by the Forth bridge on the outskirts of the city as well as an art explosion taking over 9 bizarre venues called Scot:Lands.
I doubt there is another place on earth rocking NYE as much as Edinburgh!

Delphine, from LesterLost, shares why Sydney is the ultimate NYE destination!

The New Years’ Eve celebrations in Sydney would have to be some of the most spectacular in the world. The general outlook of the harbour and its landmarks is truly unique, and great advantage is taken out of the general view. As the evening advances, people gather on the many vantage points around the harbour. Illuminated boats roam on the still water, music is played on balconies and terraces. Everyone gets ready to end a year and start another with family and friends.

Sydney has some incredible fireworks, which usually start with a display on the Harbour Bridge at midnight. Then, fireworks are launched from barges on the harbour, for an amazing fifteen-minute display. There are four barges in the harbour so you’re pretty much guaranteed to see something from wherever you are, and you can even see several fireworks at the same time! One thing to bear in mind if you are attending New Years’ Eve celebrations in Sydney, is to get to your selected location early. The vantage points fill up really quickly and road closures mean that it can be difficult to travel around. You also have to plan your exit, and it’s usually better on public transport. Sydney Harbour is so widespread that there are many places to watch it from, and you can enjoy the most spectacular fireworks for free.

All three destinations sound like THE place to be for New Years! Where do you plan to be when bringing in 2018? Let me know in the comments!
Like this post? Pin it! 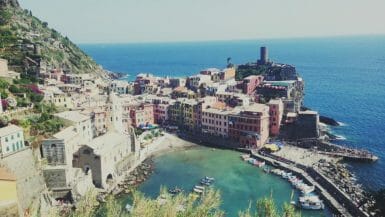 The Best Place to Travel Every Month in 2018 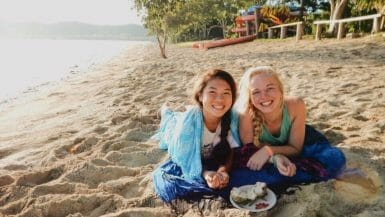 4 Trips to Take with Your Best Friend(s)! 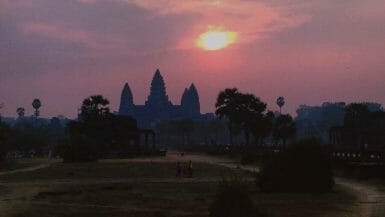