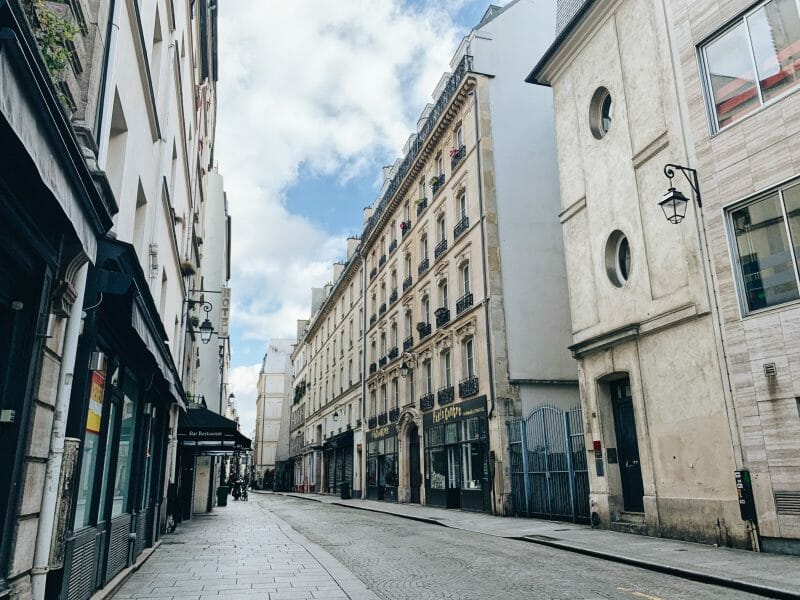 Phone stolen in Paris? Here’s What to Do

Phone stolen/pickpocketed from you in Paris? Unfortunately, I’ve been there. This post explains everything you need to know: your immediate steps, the police report process, and what you can do!

In a world where a cell phone can cost upwards of $1000, phone theft is increasingly more common. My iPhone was stolen in Paris, and I was absolutely lost on what to do! I like to think that I’ve been pretty good at avoiding theft and pickpockets over the years, but I was outsmarted. And it sucked. This blog post is going to tell you what to do when your phone is stolen in Paris.

How to Avoid Being Pickpocketed (in the first place)

I always associated Paris’ pickpockets with touristy and crowded places… the Eiffel Tower, the metro… places like that. Pickpockets, unfortunately, are everywhere (I was pickpocketed inside a cafe chain while having a coffee). It’s important to be super aware of your surroundings, and NOT to leave valuable items in plain sight. You’d think that would be a no brainer, but how often do we sit with our phones on the table? You think you’d notice if it was gone… but these pickpockets are professionals.

The art of distraction is something pickpockets have mastered. I was pickpocketed whilst doing work in a cafe. I had my phone next to me, and then someone came over with a newspaper. He first went to all those around me (but I was clearly the target), and then put the newspaper over my phone. After I said “no” and to take the newspaper away, he took the newspaper (AND MY PHONE UNDER IT) away, and left. Thirty seconds later I realised and ran out of the cafe, but he was gone. This, unfortunately, is a classic trick.

I like to use small purse that I can keep close to my side, but I also like using my PacSafe backpack. Here are some other best anti-theft backpacks.

Another one is for the thief to bump into you in the metro. He might apologise with a hand on the shoulder or waist, and your phone is gone from your pocket. In metros, if you’re sitting by the doors, either have your cell phone away or hold it tightly, as people will run by right as doors are closing and nab your phone or purse.

At ATMs, avoid anyone who tries to talk to you. After you’ve entered your PIN code, one or two people will talk to you to distract you whilst another takes out the largest sum of money possible.

These all might seem like things you’d pick up on, but you’d be surprised at how distracted we get. It’s best to stay attentive, to avoid flashing wallets or phones, and to zip items up in a safe place.

My iPhone Got Stolen… Now What? What to do if your phone is stolen in Paris.

iPhones have the capacity to do this remotely via iCloud. You can put your phone on ‘lost mode,’ which will notify you when it’s ‘found.’ It will display a message on the screen and have a contact phone number. Unfortunately when a phone is stolen, the thief will probably ignore this message, but it’s still worth a go. You also need to contact your cell phone network provider to let them know the situation. They should be able to disconnect your SIM card so that the thief can’t rack up the international call charges.

If you had any connected apps on your phone, like facebook, banking apps, or email, change those passwords immediately. Even if you had a lock on your phone, the thief might be capable of hacking into your phone and getting your data. Change your passwords ASAP and if the website has an option to log you out of all devices, do this.

Have a look on Find my iPhone

Typically, the thief will shut off your phone so it can’t be found, but if he or she is forgetful, you might get lucky and be able to track it.

Don’t remove your iPhone from your devices on iCloud, as an Apple store employee told me as long as it’s still one of your devices, it’ll be tougher for someone to hack into it (even if returned to factory settings). It’s worth a shot.

If your phone is stolen, you’ll probably have some trouble finding directions to the nearest police station. I actually asked about 15 strangers for help, all of whom where super helpful and friendly when I said “excuse me, do you speak English?” in broken French and then explained the situation. You can also go into some hotels, explain the situation, and ask if you can use a business centre computer or wifi to get ahold of others and find the nearest police posts.

Once you get to the station, ask politely if anyone speaks English and you’ll fill out a form. The form will ask you for details about the theft (where it happened, what time it happened, personal information, and what the pickpocket looked like). You’ll sit next to an officer whilst he enters this data into the computer, and then you’ll be asked if the thief matches any of their mugshots. If he/she doesn’t (he probably won’t honestly), then you probably won’t recover your phone.

HOWEVER, if you have your phone’s serial number, the police can blacklist your phone, making it unusable with any network provider in France. While you might not get your phone back, at least it’s satisfying knowing the pickpocket won’t make a great sale from it. Unfortunately, I found mine ended up in Algeria so I think it can still be used… and it’s VERY unlikely I’ll be getting it back.

Make sure you ask for a copy of the police report, as you never know when it’ll be useful. If you have insurance, either travel insurance or another kind, you might be able to be compensated for your phone. Also ensure that the officer signs the stamps on these copies.

Unfortunately, all you can do at this point is wait, though I wouldn’t get your hopes up because there are LOTS of pickpocket and theft cases in Paris, as well as bigger issues for the police to deal with.

How to Buy A New iPhone in Paris

If you’re travelling for an extended period of time, you’ll probably have to buy a new phone. This is a HUGE bummer, as phones are an investment. While some of you might want to wait until your home or in the next country you’re travelling to, if the Euro is weaker than your home/next country’s currency, it might be smart to just buy it here. This is because Apple products are all priced the same in different currencies. So if I bought a phone in Paris, it might only be, say, 600 euros, but it would cost 600 pounds in London, which is the equivalent of 685 euros. Right there you could save 85 euros! There are two Apple stores that are easy to get to.

I went to the Operá location, and everyone there was very helpful and spoke English. You can either buy a new phone right there with one of their staff, or you can use their sample iPads/iPhones/Macs to purchase one (say, if your wallet was also stolen and you only have another card’s details but not the physical card). If you purchase online, it should be ready to be picked up one hour after purchasing.

While you wait, there’s an Exki restaurant right across the street of the back entrance. This is a cafe chain known for its healthy grab and go meals, but you can also sit in. Their mission is about sustainability and healthy eating. I enjoyed waiting there, and I even treated myself to a cookie.

When you purchase a new phone, it’ll be given to you in a clear Apple drawstring bag. I highly recommend taking the phone out of the box and putting it somewhere safe on you, and then balling up the bag and hiding that and the box. Don’t wear the drawstring bag because it can easily be cut through and then your new phone is stolen once more.

I hope that this article was helpful. Chances are, if you’re reading it, your phone was stolen. I’ve been there and it’s really frustrating 🙁 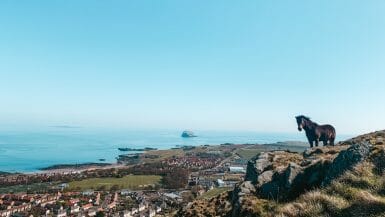 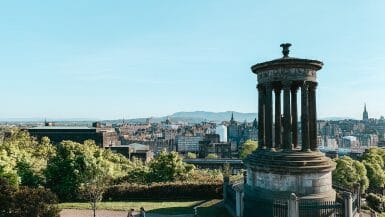 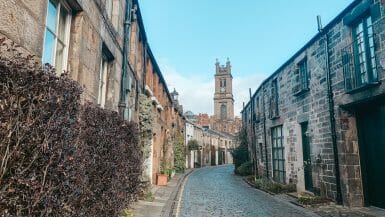 Exploring Circus Lane in Edinburgh: One of Edinburgh’s Most Beautiful Streets!