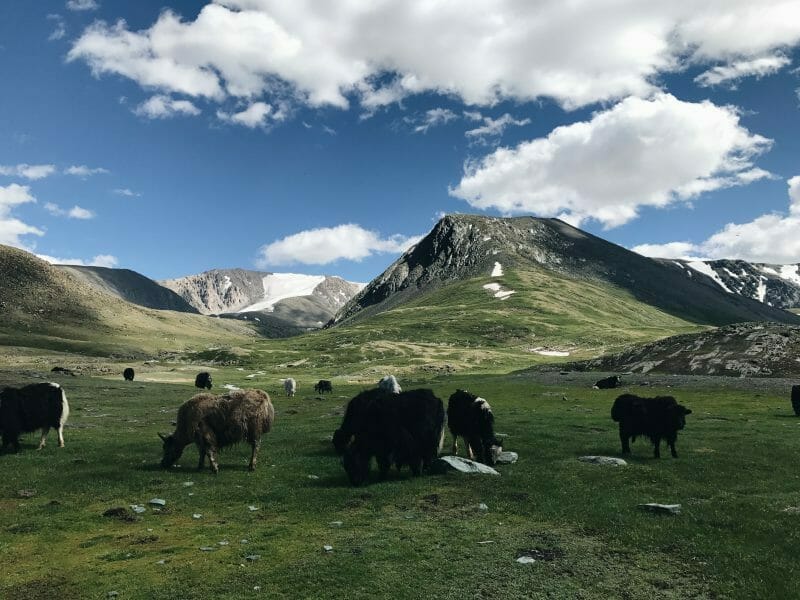 How to Travel Mongolia Without a Tour

Mongolia remains one of my favourite travel destinations because it’s so untouched. Because of it’s vastness and little tourism, people are hesitant to go without a tour, but it’s totally possible! Here are all of my tips for travelling to Mongolia without a tour.

I still question how Mongolia has remained such a hidden gem. It’s absolutely stunning and vast and unlike anywhere else. It ‘s seemingly unchanged out in the wilderness – you can almost picture Genghis Khan riding his horse over the Mongolian steppes… It’s absolutely incredible… yet, I understand why people are hesitant to travel to Mongolia without a tour. Because it’s such a hidden gem, with huge landscapes and a low population, travel in Mongolia is seemingly difficult. This is what I found during my Mongolia travel experience, and what I wish I had known before travelling there without a guide!

What is there to do in Mongolia?

There’s relatively little information online about DIY travel in Mongolia, which makes it hard to plan for. I looked all over for a Mongolia travel blog and found very little. If you aren’t really sure what to see in Mongolia, I’d actually check out a guidebook or a Mongolia travel guide. You can also check out blogs for some cool experiences (here’s mine on trekking through the Altai Mountains independently!)

Other highlights include Terelj National Park, The Gobi Desert (where you can sleep on the sand dunes!), and staying in ger camps with a nomadic family or two. There are lots of other unexplored places to go to, especially around Central Mongolia, as well! While Phil met a couple women who were buying a camel, a horse, and a dog, and just heading out into the wilderness to go horse riding for months at a time, the average traveller probably shouldn’t do that for safety reasons. If you are interested in an adventure like that, going with a tour guide is probably your best bet. I also honestly think going on a day tour wouldn’t be a bad idea.

Winter in Mongolia is supposed to be tough (like really, REALLY tough), and I’d DEFINITELY skip out on going onto the steppe solo then.

YOU MAY LIKE: 15 Things I Wish I Knew Before Going to Mongolia

The best parts about Mongolia are definitely the culture and the wilderness. And luckily, it’s not hard to see either of those!

And Things to do in Ulaanbaatar?

I’ll be honest. Ulaanbaatar is not the most interesting capital city, but there are good restaurants (we had amazing Indian food), big supermarkets, and a few sites to see. It’s a really good place to organise your trip (more on that in a bit), but after doing so, I wouldn’t stick around.

How easy it is to travel in Mongolia without knowing how to speak Mongolian?

Mongolian is a tough language, and the majority of people outside of Ulaanbaatar won’t speak English. For us, it caused a lot of confusion, but it added to the charm of Mongolia. In my opinion, the best way to visit Mongolia is to just throw yourself into it. Mongolia tourism isn’t a huge thing yet for unguided tourists, so the language barrier will be something you stumble upon.

That being said, everyone was so kind and really tried to help us despite our lack of Mongolian language.

I wouldn’t say it was very easy to travel with the language barrier, but it added to our experience. There are still relatively few tourists in more rural places, so there was no need for anyone to speak English. We had to play charades to buy a bus ticket until we got lucky and someone understood. It’s all part of the experience!

Before you go to Mongolia, you’ll need to pack smart. The weather is sooo unpredictable in Mongolia, especially in the mountains. You’ll want to bring a lightweight down jacket (even in the summer) or something even heavier! Bring lots of layers in the summertime, as it was hot in the daytime but below freezing at night. In the wintertime, bring all of the warm clothing you can!

What to Buy in Mongolia

What to buy in Mongolia: definitely buy food staples in Mongolia, as they’re cheap and you save yourself the hassle of carrying a load of rice on the plane with you. If you’re going horse trekking, go ahead and buy the ropes and other equiptment in Ulaanbaatar unless you have a specific kind you like. The Black Market has nearly everything you could need for your Mongolia trip in case you forget something.

How much does travel in Mongolia cost per day?

Mongolia was a lot more expensive than we’d anticipated. The cost of living was pretty cheap – we stayed in guesthouses for $10 USD a day and meals cost anywhere from $5-20 USD for two people. What really added up quickly was transportation! We took a flight and a local bus, which were both reasonable, but our jeep pick up and drop off were WAY more than we’d anticipated! I think we paid roughly $80 per person to get to the start of our trek and back.

I highly recommend organising your plans in Ulaanbaatar if you’re trying to travel Mongolia independently. Your guesthouse owner will have the most up to date knowledge, and you can hear what other travellers got up to (weather, road access, buses, etc.).

The most difficult part about travelling Mongolia without a guide is transportation. There’s one big road throughout the country, but most travel is totally off-road. You’ll probably have to hire a jeep, which should be done from Ulaanbaatar.

Public transportation is far and few between. The main thing to know is that if you’re looking to go to tourist areas, you’ll have to connect through Ulaanbaatar to reach main cities. Out in Western Mongolia, we went to a more local city for Naadam, and there was a bus.

Get everything you need in Ulaanbaatar, as it’s much more difficult when you’re outside of the big city. The Black Market is a great resource for camping equipment, and the supermarkets have loads of Western food.

If you’re planning on doing trips where the closest city ISN’T Ulaanbaatar, wait to organise all of the details and do it in the city. For example, I wouldn’t organise an Altai trek in Ulaanbaatar, but I’d go to Ulgii and organise your trek and transportation from there.

Bring some sweets from your home country or pick up some vodka from the market in Ulaanbaatar. If you’re invited to a Mongolian home/ger, it’s polite to give a gift.

Is it safe to visit Mongolia?

I’ve read that if you’re out at night, you should be careful, as the men in Mongolia like to fight! As a tourist, you’ll stand out more. We didn’t have any problems with this, but it’s good to know. Plus, I don’t think this is done in a malicious way… but it is done when there’s lots of alcohol involved.

As a woman, I never felt unsafe, but I also wasn’t out late at night (a general precaution I take whilst travelling solo anyway). If anything, the people were MORE friendly to me because they wanted to know why I looked Mongolian and Kazakh but couldn’t speak either language! Mongolia travel warnings are basically nonexistent and you should have no big problems.

If you WANT to see some Mongolian men , go to Mongolia for Naadam!

Can vegetarians (or vegans) SURVIVE in Mongolia?

In Ulaanbaatar, it’ll be no problem! There were actually quite a few vegan restaurants, which I was shocked by! The places I’ve heard about are Govinda’s Healthy Vegetarian Cafe and Bosco Verde vegan restaurant.

Outside of the capital, it’ll be more difficult. If you’re a vegetarian or vegan, you’ll have a little more trouble finding food. Mongolian cuisine is VERY animal product heavy, and I’d stock up on oats/pasta in Ulaanbaatar, as vegetables don’t grow very well in the barren land, and goat is the main food staple. When eating out, you’ll be having a very carbohydrate heavy meal, as there seriously aren’t that many veggies! A typical meal for us (meat eaters) was goat and rice or goat dumplings… so you’ll probably be eating a lot of rice and maybe some soup! From our own perspective, it seemed difficult to get by as a vegetarian or vegan, but we met a vegan couple and they were doing just fine!

I think it’s important to mention that when we visited the towns where we were the only tourists, we had trouble reading the Cryllic menus, and I think being a vegetarian or vegan would be near impossible in that situation. Unless you speak Mongolian or Kazakh. Then you’ll have significantly less trouble ordering food, buying bus tickets, and pretty doing pretty much everything.

If you’re a vegetarian, you’ll have a little more trouble finding food. Mongolian cuisine is VERY animal product heavy, and I’d stock up on oats/pasta in Ulaanbaatar, as vegetables don’t grow very well in the barren land. Goat is the main food staple.

YOU MAY LIKE: 5 Reasons to Travel to Mongolia ASAP!

With a mix of flexibility, a little bit of planning (once you get to Mongolia), and a lot of putting yourself out there, independent travel is pretty easy! You might get pushed to go out with tour operators, but the best part for us was being able to experience this incredible country on our own. A Mongolia solo tour is one seriously incredible way to see the country. 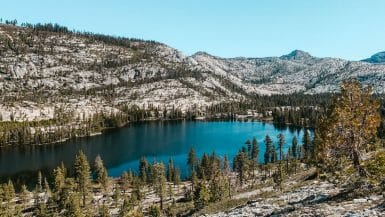 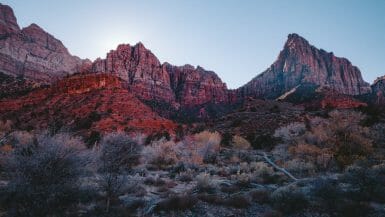 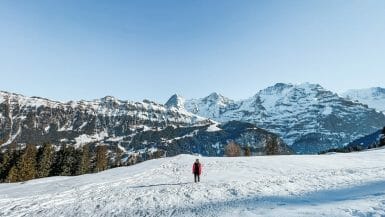