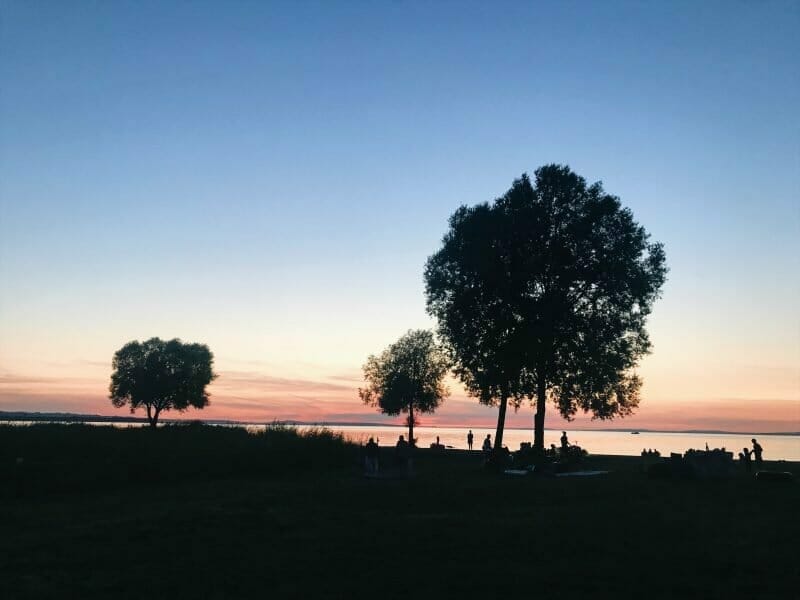 Cycling the Eurovelo 15? Here are my some of the campsites we stayed at!

For those of you who don’t know, the Eurovelo 15 is a cycling route that spans 1300ish kilometres from Andermatt, Switzerland to Hoek van Holland, The Netherlands, following the Rhine River. The route is from source to sea, and it’s the perfect beginners cycling tour, though advanced cyclists enjoy it too! I mean, great food, great wine, great scenery! What else could you want?!

YOU MAY LIKE:  A Complete Guide to the Eurovelo 15

Chances are if you’ve stumbled upon this page, you’re interested in camping on the Eurovelo 15. We chose to do a mix of staying in hotels and camping. I’ll be honest, as beginner cyclists, after spending an average of 9 hours on a bike and arriving just as it was getting dark, the LAST thing we wanted to do was set up camp and cook. If there are two or more people, sometimes staying in a hotel is worth it- most of our hotels were just 15-20 euros more than a campsite, which was totally worth it after a long day.

That being said, camping (when we were full of energy) was amazing! Something about doing the Euro Velo 15 while carrying your food, stove, and camp gear was really awesome.

Do I need to book campsites ahead?

Short answer- nope! It’s hard to say where you’re going to end up every day, ESPECIALLY if this is your first cycling trip. We had to make many adjustments to our itinerary depending on how tired we were/ how long of a day we had planned/ weather, so I think it’s best to turn up! There were few campsites with actual plots that could run out; most campsites were open fields or amongst caravans, so they wouldn’t really be able to run out of space!

I’ve put an asterisk in front of the campsites we actually stayed at. There are obviously loads more campsites along the route, these are the ones I found online near the places we were going to stop, but if you’re cycling, you can just take out your phone and do a quick search online for what’s around 🙂

A little bit outside of Chur. Camping Chur is better at the first site, as it’s relatively close to town. If you want to get away from the town, however, this site’s for you!

The beginning of Lake Constance is actually in Austria, and we camped here.

Cheap compared to Switzerland. The reception has a nice bar and cafe where you can buy bretzel, bread, and coffee in the morning. There’s a restaurant on site as well that is cheap and delicious. I recommend their pizza! IT IS HUGE! This campsite is a two-minute walk from the lake’s beach and is so beautiful. Highly recommend this one.

We actually found some very affordable places to stay in Strasbourg. I’d recommend going for a guest house to avoid bicycle theft.

This was a very lovely little find. There’s a small lake (VERY refreshing) and a little hut that sells ice cream, beer, and hamburgers. The hamburgers run out quickly so make sure you have food when you arrive at the site, just in case.

I’d recommend stopping here, as the campsite in Karlsruhe is a little far away from the path. If it’s a good cycling day, though, go for it! The extra mileage never hurt!

Primarily a caravan park, but also has a lawn area for tents. The bathrooms were very nice and had hot water. There’s a beer garden on the premises. It’s right next to the water.

This campsite is REALLY lovely! Try to get a mini-hotel if you can- it’s a super cosy little cabin! We had steak, salmon, and pasta while watching a movie and made a little date night out of it. The site is a little off of the Rhine, but it’s in a beautiful woodsy spot! Highly recommend!!!

(After this, we stayed in hotels/b&bs because we found some REALLY great deals)

Campingplatz Süd (a bit far out of town)

Camping in the Netherlands

This campsite was really lovely! It’s right next to the water and sooo beautiful! There are spiders in the bathroom, but it’s such a lovely site that it’s worth it. There’s also a dog that is owned by the campsite owners. He likes to play fetch and is VERY cute.

Find any other great campsites along the Rhine? Email me to let me know and I’ll add it to this post! 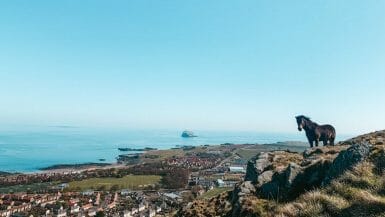